Urgent race to get the Covid-19 vaccine out

As we move into Summer in Australia, the world is gearing up to start distributing the Covid-19 vaccine.

Our analysis from Longview Economics in London.

The UK is set to approve the Pfizer vaccine as early as this week, with rollout beginning by 7th Dec. Hospitals in England have been told to prepare for the rollout of a coronavirus vaccine in as little as 10 days’ time, with NHS workers expected to be at the front of the queue. Likewise, Germany expects vaccine approval by mid-December, and the US FDA is meeting on Dec 10th to discuss emergency use of Pfizer’s vaccine. 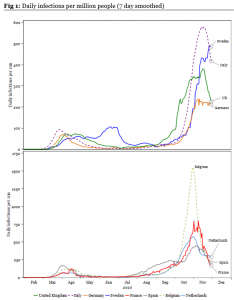 Where are we getting the vaccine?

Chinese vaccine developer Sinopharm has filed for regulatory approval to officially launch its product in China. The company has already vaccinated around 1 million Chinese citizens under a government emergency use program

Vaccine safety is first assessed in studies with mice or rabbits. If the animals do not develop signs of illness after being given the vaccine, then tests begin with humans in a series of trials which involve steadily increasing numbers: