Is a Trump positive an economic negative?

“We will get through this TOGETHER!” said the 74 year old president.

While the White House frequently touts its extensive testing regime for the President and those who come into close proximity with him (aides have deemed him the “most tested man in the country), the infections underscored the shortcomings in relying on tests alone to prevent contagion.

In America, there are now 7,278,385 confirmed cases as at October 2,2020 and 207,808 people have died from the disease. The news hit financial markets with U.S. and European equity futures falling, along with Asian stocks. The U.S  dollar rose.

The news of President Trump’s coronavirus infection has forced people to stand up and take note that the virus can infect anyone; it is worth noting the scale of this pandemic is still growing. India’s death toll has just topped 100,000 and England has imposed new stringent lock down measures. amazon.com Inc. said close to 20,000 of its employees had Covid-19 during the last six months.

New South Wales is the safest place on earth, outside of Antarctica!

Close to home, Melbourne seems to be getting the spread under control and the New South Wales Premier, Gladys Berejiklian has announced that the state has recorded it’s fifth day of no new infections.

The questions global markets will now be asking are “how long will Donald Trump last in Quarantine, and how badly will his health be affected?” Donald Trump is 74 years old and in the highest risk category, while his wife is aged 50. 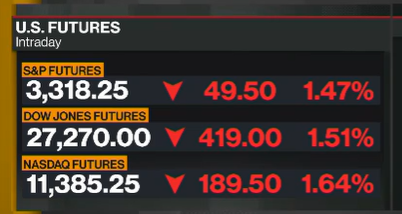 Markets have fallen pretty much by 1-2% across the globe and Oil has dropped by 2.7% on the news.

Has the Trump Presidency really bolstered the U.S economy as he is claiming?

The U.S economy has continued it’s trend line that started under the Obama administration. The US economy has now been hit by the biggest economic contraction ever recorded and the highest unemployment rate in more than 80 years.

The Stock Market in the U.S reached record highs just before the Covid-19 pandemic and it then crashed as markets reacted by wiping out all the gains made since President Trump took office.
But the financial markets have been remarkably resilient and they’ve now largely recovered back to pre-pandemic levels. 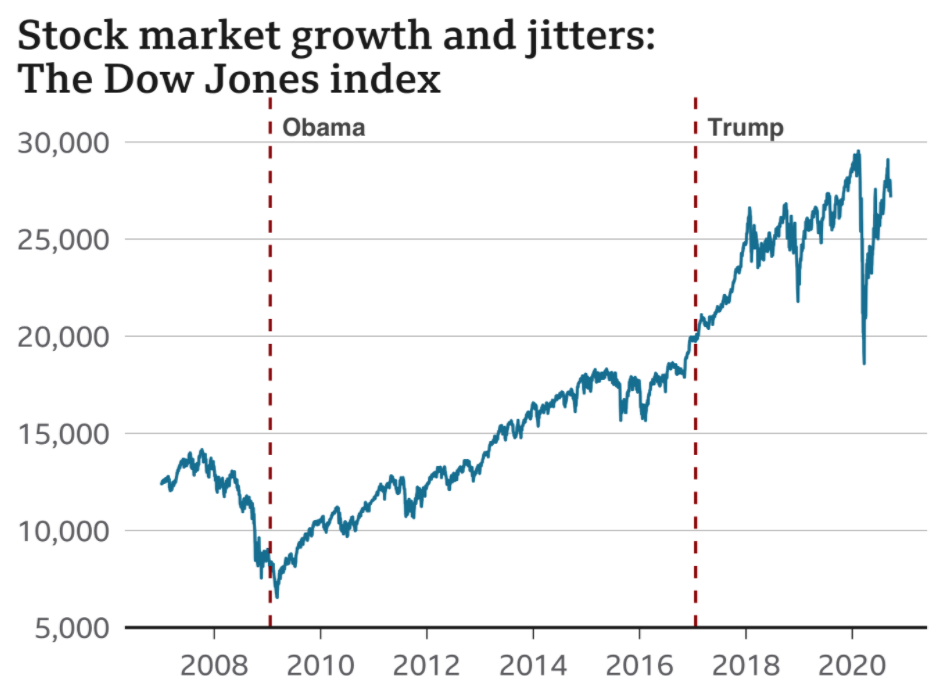 What about Jobs in the U.S? 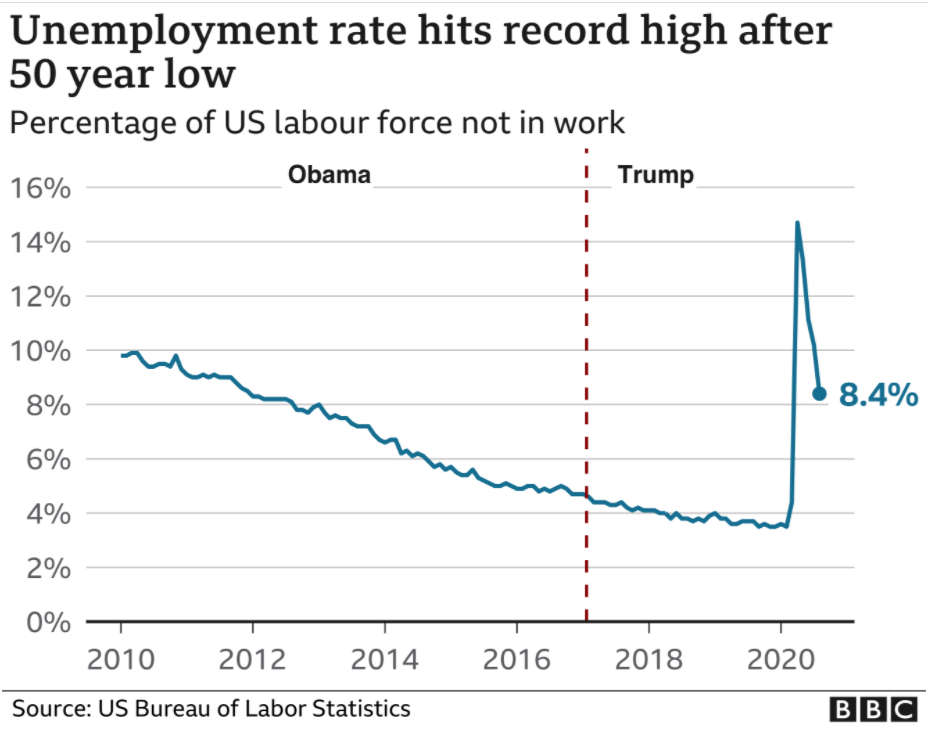 Trump has delivered the lowest unemployment numbers in more than 50 years and so on balance we need a reality check on the real impact of the Trump presidency. How much is the result of this recovery attributed to good policy, conversely how much is attributed to  the long term trends of economic cycles.

We will wait and see what impact this latest setback to global financial stability will have leading up to the U.S election.