Does Robinhood really steal from the rich and give to the poor? Some Hedge Funds think so.

What is all the fuss about? An online commission free trading platform called Robinhood!

It all starts with understanding what short selling is.

Short selling can be immensely profitable or infinitely bad. If the stock price goes up, you can lose more than you put in; if the opposite occurs then you can make a fortune.

In short selling, a position is opened by borrowing shares of a stock or other asset that the investor believes will decrease in value by a set future date—the expiration date. The investor then sells these borrowed shares to buyers willing to pay the market price. Before the borrowed shares must be returned, the trader is betting that the price will continue to decline and they can purchase them at a lower cost.

Next there are retail investors setting up trading accounts in their thousands.

A raucous, profane trade-tipping internet forum called Reddit’s WallStreetBets would prove the gateway to thousands of retail investors including  a bandanna-wearing WallStreetBets user with the moniker DeepF—ingValue gained attention by sending the once struggling “Game Stop” stock into the stratosphere. 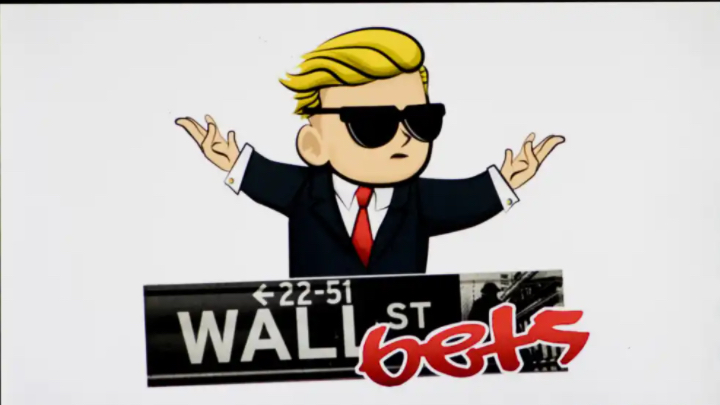 Even Elon Musk got involved.

He always finds a way to get in the news! A couple of weeks ago he tweeted, “Gamestonk!!” and linked to r/wallstreetbets. It caused a massive jump in awareness of the, um, stonks, and a surge in buying. “Stonk is an online term for shares”.

GameStop has had a rocky time of things for the past few years and particularly during the pandemic, when it had to shut down stores.

GameStop, AMC, and other recently unloved stocks spiked higher last month as traders uniting on forums such as the Wall Street Bets subreddit flocked to these names. Day-traders bid up companies with massive short interest and cheered as hedge funds exited their bearish bets with massive losses.

Did Covid lead to an influx of retail investors?

Absolutely! Wall Street was largely unprepared for the influx of retail-trader activity. Zero-commission trading like that offered by Robinhood, lockdowns because of the Virus, stimulus money handed out by the government and spare time to do nothing or play Call of Duty, has led to a massive influx of inexperienced young day traders like Michael Frawley from Ohio who is a 25 year old Engineer. A few months ago he joined Wall Street bets and took up the wave of activity and bought Game Stop.

“Professional analysts and investors typically refer to these so-called retail traders or day traders as “dumb money”. But this new generation is different. It coordinates on social media sites such as Reddit and uses sophisticated trading strategies that have maimed established funds.” according to the AFR.

The Reddit-fuelled trading craze could signal permanent changes to the stock market.

So Why has Robinhood got into trouble?

A lot of these young Redditors are using the appropriately named Robinhood trading platform. The US federal regulator suggesting it’ll seek to slam the brakes on the ongoing meme stock craze over concerns retail investors are exposing themselves to the risk of a huge losses.

The US Securities and Exchange Commission is signalling  that it is going to investigate Robinhood for blocking users from buying shares in GameStop and seven other stocks.

“The Commission will closely review actions taken by regulated entities that may disadvantage investors or otherwise unduly inhibit their ability to trade certain securities,” the SEC said in a statement on Friday.

The US regulator didn’t call out specific companies in its statement, but Robinhood users welcomed the news. The company’s sudden decision on Thursday to block the stock buys caused the share prices for GameStop and others to plummet.

“We now need to know more about Robinhood APP’s decision to block retail investors from purchasing stock whist hedge funds are freely able to trade the stock as they see fit,” tweeted US Rep. Alexandria Ocasio-Cortez (D-New York) on Thursday.

Michael Burry, an investor and the central villain in The Big Short (he was played by Christian Bale), tweeted (and deleted): “If I put $GME on your radar, and you did well, I’m genuinely happy for you. However, what is going on now – there should be legal and regulatory repercussions. This is unnatural, insane, and dangerous. @SEC_Enforcement”

Hedge Funds are on the other side of these transactions and losing billions.

A hedge fund is just a fancy name for an investment partnership that has freer rein to invest aggressively and in a wider variety of financial products than most mutual funds. This includes short selling a stock.

The hedge fund Melvin Capital was heavily invested in GameStop and they want you to know they have lost billions to Redditors.

What are the most shorted stocks by Hedge Funds? 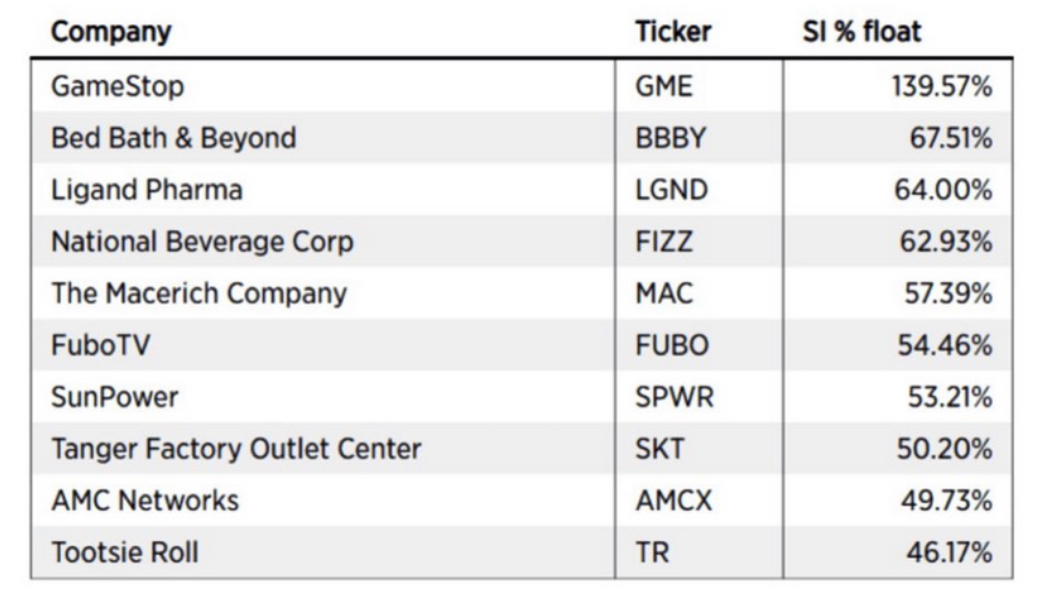 In the meantime, Robinhood plans on resuming “limited” stock buys for GameStop and the eight other stocks some time on Friday. The stock price for GameStop has since rebounded from $132 to $324 a share at the end of January.