Bitcoin achieved a remarkable rise in 2020 in spite of many things that would normally make investors wary, including US-China tensions, Brexit and, of course, an international pandemic.

Since March 2020, it has climbed to all-time highs and has just hit $50,000 Australian for one Bitcoin making headlines day after day and driving up the prices of other cryptocurrencies at the same time. So what has driven this huge price appreciation and is it different to the bubble of 2017?
One reason for the massive price rise is that there has been a big influx of investors from large-scale institutions such as pension schemes, university endowment funds and investment trusts. This was not the case during the last bull market in 2017, in which the bitcoin price rose about 20-fold to almost US$20,000 only to slide back to the low US$3,000s a year later.

Australia has led the way in developing Blockchain technology into a legitimate payment system? 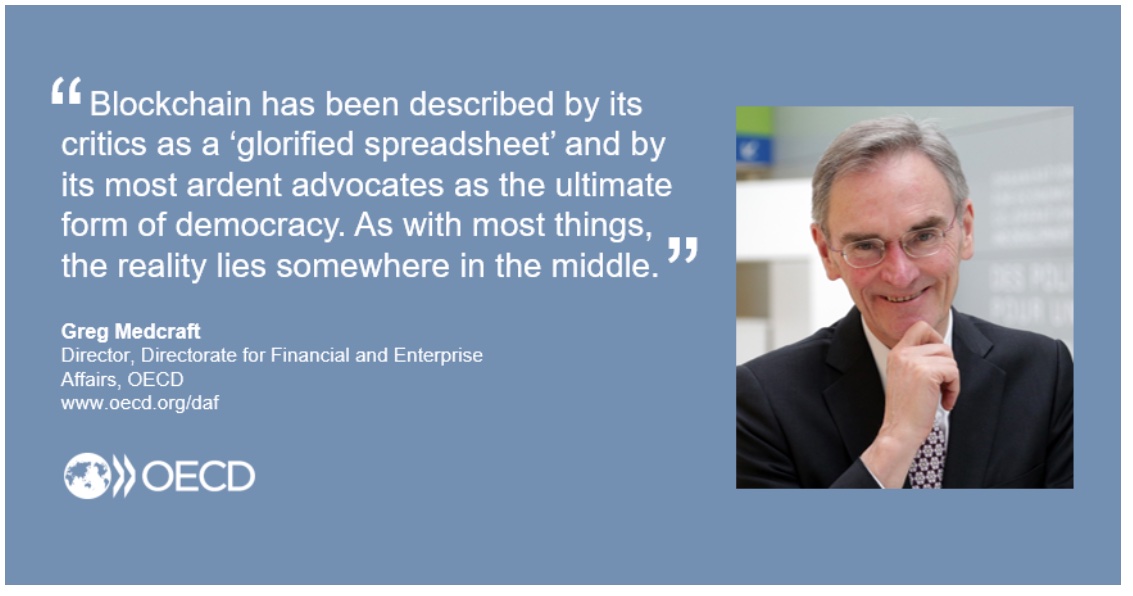 In 2018 a keynote address by Greg Medcraft, Director, Financial and Enterprise Affairs, OECD .” As many of you know, I have long seen the potential for blockchain technology to transform finance. I gave my first speech on this at Carnegie Mellon in 2015 as the chair of the Australian Securities and Investments Commission – or ASIC.

This interest was sparked in part by the ASX’s decision to replace its ageing payment and settlement platform with a distributed ledger solution – an idea so new at the time that it required ASIC as the market regulator to develop its own expertise on DLT and blockchain technology in order to properly asses the risks and ramifications”.

Greg Medcraft, in his role with The OECD, talked about global governance and the future of mainstream use of blockchain in finance and the economy more broadly – “Blockchain will be distributed, but not like the huge public networks anyone can join and help run. There will still be a need for trusted intermediaries”.

Blockchain and Bitcoin are being legitimized globally and investors want to get a slice of the action.

This has overcome some of the real issues of investing in Cryptos such as Bitcoin with the storage and security the main issues.
As of November 30, 2020, Grayscale had assets under management of  approximately $12.2 billion, making them one of the largest digital currency asset managers in the world.

What has been the return of the various trusts. Only the Bitcoin trust has lived up to the hype 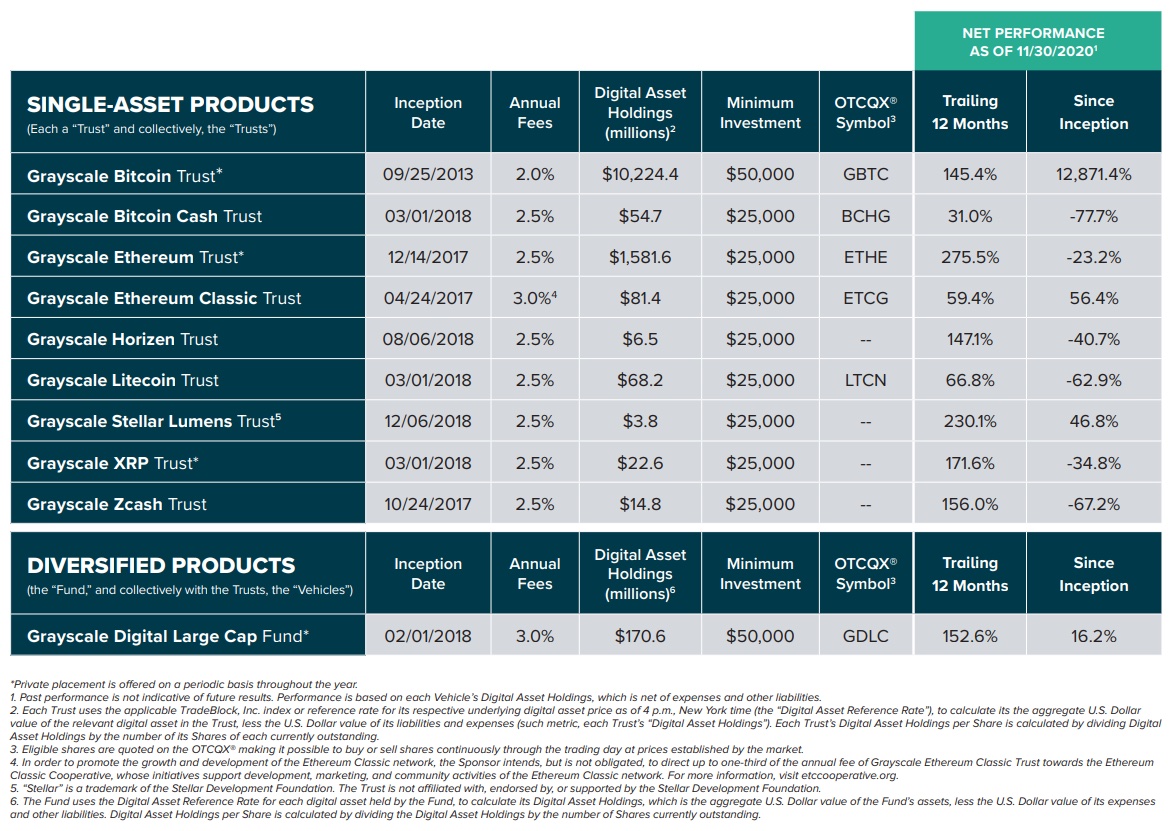 In 2017, the cryptocurrency ecosystem was dominated by individual retail investors, many of whom were attracted to bitcoin’s scarcity and the fact that it stood outside the global financial system. The 2017 bull market had all the signs of a classic financial bubble and investors who were buying in “fear of missing out” (FOMO).

You can now pay with Bitcoin

Bitcoin has been backed by a few large consumer-facing payment names. PayPal now allows customers to buy, hold and sell bitcoin directly from their PayPal accounts. Rival digital payment firm Square reported in November that more of its Cash App users are buying the digital currency, and buying more on average than before. The number of vendors accepting bitcoin as a form of payment is growing rapidly.

Possibly most importantly, Visa has been warming to bitcoin. In October it announced a handful of bitcoin-related credit and debit cards with leading crypto exchange Coinbase. With more and more ways of using bitcoin, it should mean that more people will want to hold it.

Will the price of Bitcoin continue to rise?

Besides all this mainstream enthusiasm, the carnage brought by COVID-19 has led to huge stimulus packages from governments around the globe and many central banks printing more money. This could drive up inflation, which in turn lowers people’s purchasing power. In the face of this threat, investments like bitcoin are being considered a store of value. The maximum number of bitcoin that will ever exist is set at 21 million (unless the protocol changes), and there are already about 18.5 million in circulation. There is less and less reward for miners of Bitcoin to keep producing them. ( I will discuss how you can mine Bitcoin in another issue). The margin or reward has dropped from BTC12.5 to BTC6.25 last May. This scarcity is comparable to that of precious metals.

Even central banks are embracing cryptocurrencies. Russia, China, Canada, the EU and many others are either already working on central bank digital currencies (CBDCs) for their countries or publishing white papers detailing their intentions to do so. This is an obvious sign that the powers that be in the old financial world are seeing cryptocurrencies as the future.